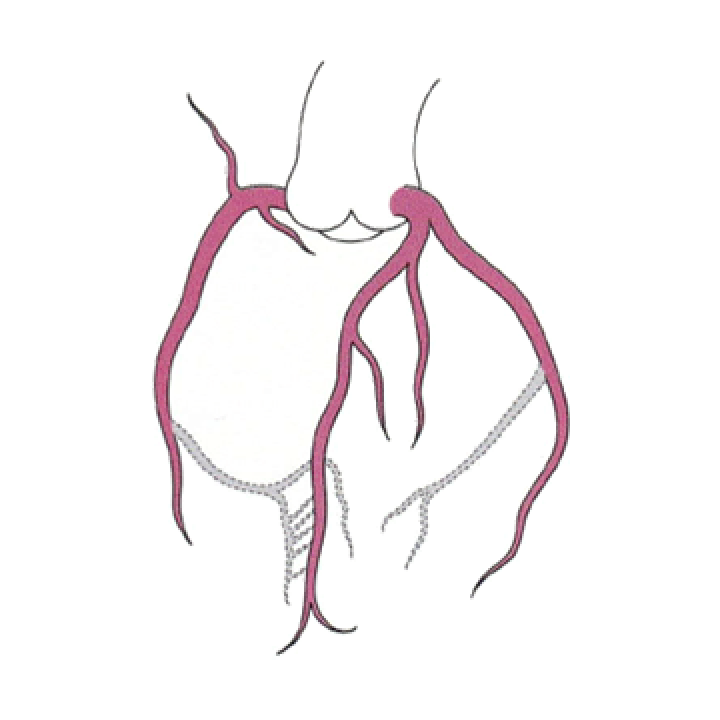 Heart is an organ to pump blood for the whole body. Cardiomyocytes, muscle cells in the heart, work for 24 hours without rest and require sufficient fuel and oxygen. The fuel and oxygen are carried in the blood through arteries. The coronary artery runs over the surface of the heart and is important to supply fuel and oxygen to cardiomyocytes.
Coronary artery disease is frequently caused by atherosclerosis but sometimes by systemic inflammatory disease.
Atherosclerosis is considered as an aging phenomenon, but some factors are known to accelerate it such as smoking, diabetes mellitus, hypertension and hypercholesterolemia. When these risk factors are accumulated, they work synergistically not but additively and atherosclerosis may progress rapidly. 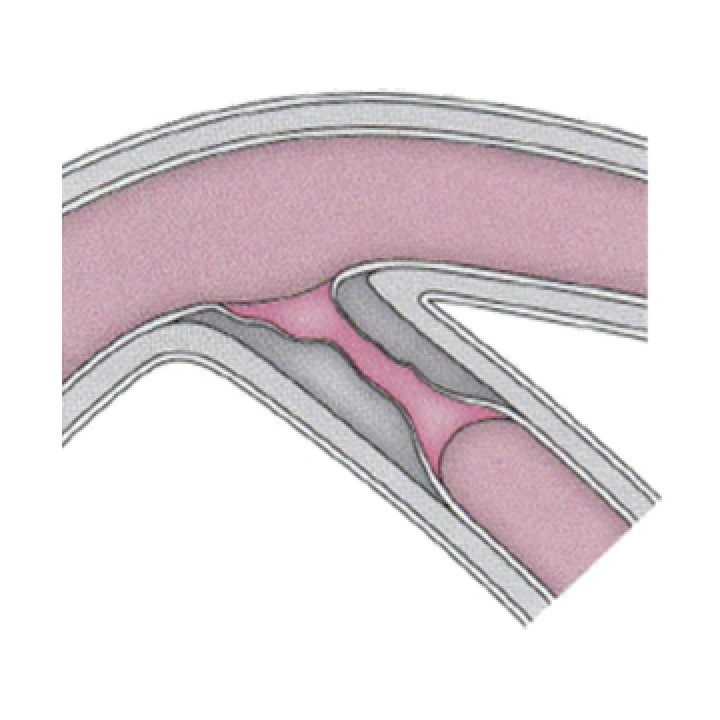 The artery consists of three layers which are the intima, media and adventitia. Atherosclerosis is a pathological change which occurs only in the intima.. Many animals do not have intima in their arteries. In contrast, human coronary and carotid arteries have intima formed at neonates and age gradually Surprisingly, the timing of intima formation at coronary and carotid arteries are same as ductus arteriosus which occludes at birth. The mechanism is unknown why intima is formed at human coronary artery so early.
It is reasonable that the ductus arteriosus has intima because it will be totally occluded right after birth even though it is essential for circulation. Atherosclerosis occurs only in primates, especially in human beings. Coronary artery disease is the number one cause of death in humans. Human beings are considered as the most advanced animals. However, in terms of atherosclerosis, we are the worst animals. 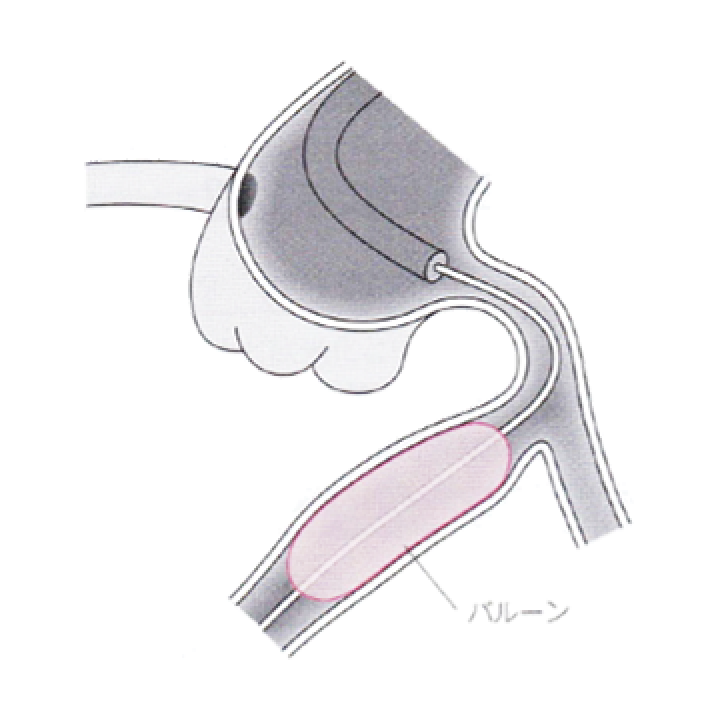 Coronary artery disease causes myocardial ischemia which is insufficient supply of oxygen and fuels against demand in myocardium, It causes effort angina. Its symptom is chest pain at effort and continues for approximately 5 minutes. Sudden occlusion of coronary artery causes acute myocardial infarction. Coronary revascularization is the treatment for these conditions. Coronary artery bypass surgery started in 1960's and coronary intervention in 1970's. These are effective treatment for coronary revascularization. Percutaneous coronary intervention (PCI) is a less invasive method and is performed widely.

Percutaneous coronary intervention (PCI) requires insertion of a catheter into an artery and makes it possible to treat coronary artery disease through the catheter. The catheter diameter is approximately 2 mm and it is necessary to make a small hole somewhere in groin or wrist in your body. It is called the access site. Femoral artery at groin has been used as a favorite access site. However, there are some problems as arterial bending and several branches where a guidewire may advance erroneously. Furthermore, once bleeding happens, it causes retroperitoneal hemorrhage which sometimes becomes critical. Radial artery in your arm is a smaller artery but straight and less branches. It is a better access site because bleeding complication is less. In MATRIX trial reported in 2015, radial access significantly reduced all-cause mortality compared with femoral access because of less bleeding complications. European Society of Cardiology mentioned that radial access is recommended for acute coronary syndrome in experienced centers in 2015. PCI operators who can perform TRI is a better doctor because of less mortality. Thus, radial access is considered as mandatory for young PCI operators.