The first design was a hand-written drawing on a paper. Then, catheter shape of each length or each angle was decided based on prototypes used in diagnostic angiography. Length between the third and the forth angle is equal to the length of Dr. Ikari's hand. Finally, the shape of the catheter was decided in the end of 1995.

Ikari L shape was decided after many prototypes.

The first-in-man PCI was performed in 1996 and it was successful. Then consecutive five cases were successful indicating the excellent catheter design. 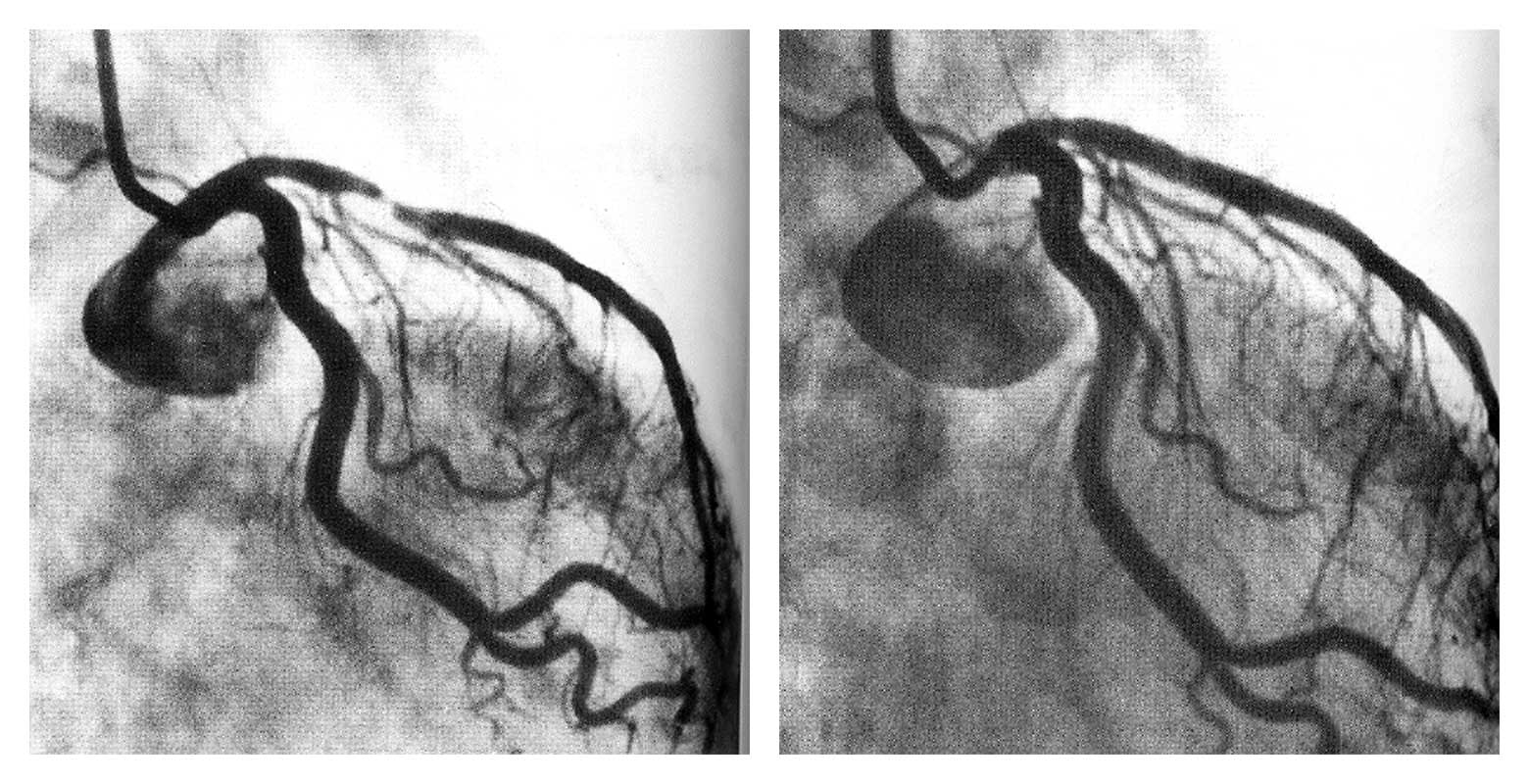 A case of severe rheumatoid arthritis with extreme deformity of hip joints had unstable angina with chest pain at rest. Due to the deformity of joints, it was impossible to perform femoral access. Using 6 Fr Ikari L from right upper limb approach, PCI was successful implanting a Palmaz-Schatz stent. (Ikari et al. CCD 1998; 44:244)

Dr Ikari reported the initial results of Ikari curve in a small meeting. However, authority doctors mentioned "There is no meaning in such device." "This research is clearly wrong direction" "Such kind of research is a kind of shame" "Japan is bad because you are Japanese". Lots of acid comments thwarted Dr. Ikari. Currently, small devices are standard, however, the device was too small to perform standard treatment at that time. That was why authorities felt the research was meaningless. But it means that only Dr. Ikari could see the next stage of treatment.

Patent was submitted by Terumo in 1997 and it was approved in 1999 in the US and in 2000 in Europe. Terumo started sales in 2002. After that, Ikari curve was recognized as a well-balanced and user-friendly catheter and the number of sales has been ever-increasing. More than 500,000 patients have been treated using Ikari curve. It has become a standard medical device internationally at present.

These catheters are named after the inventors' name.